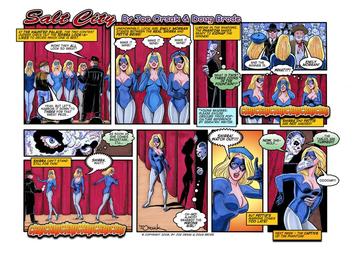 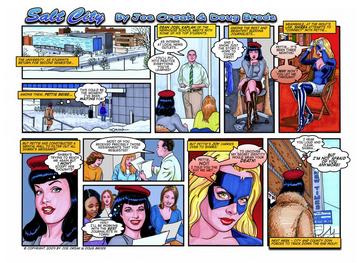 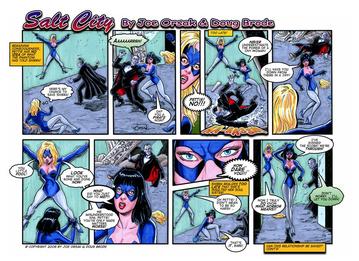 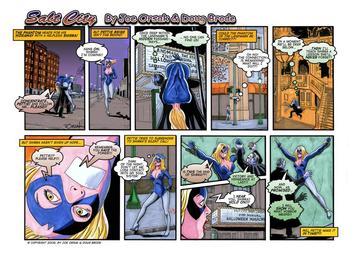 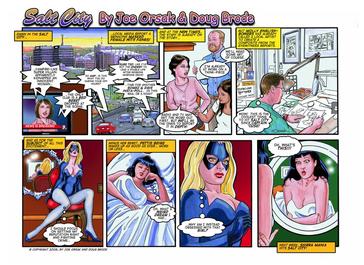 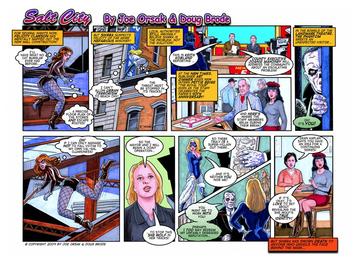 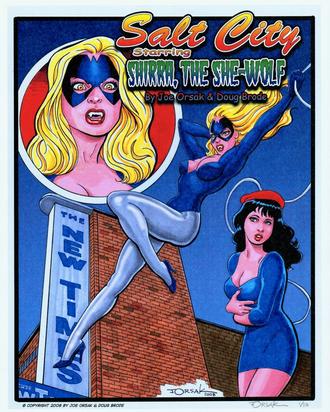 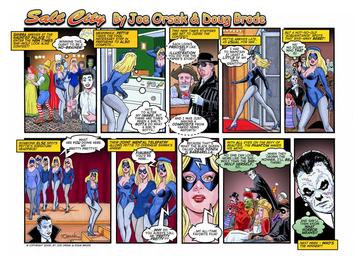 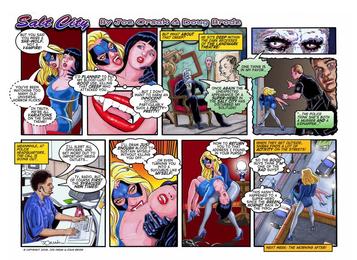 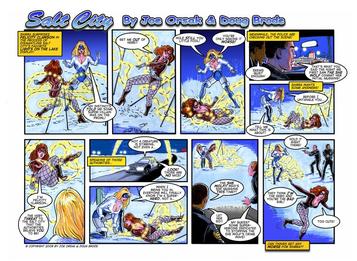 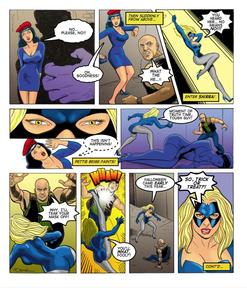 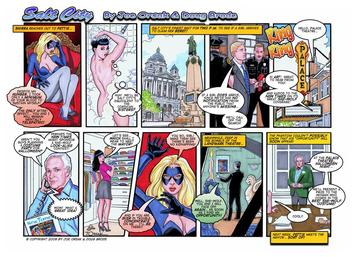 It is my hope to reformat these pages from comic strip to comic book someday, adding new art and story elements. 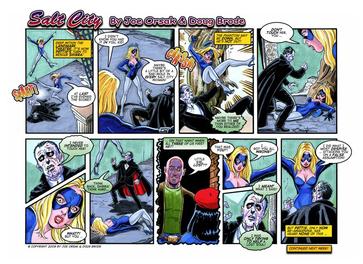 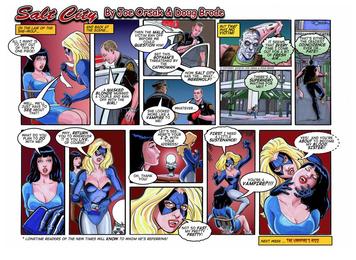 SALT CITY, written by Douglas Brode and illustrated by Joe Orsak, was featured in the SYRACUSE NEW TIMES, in print and online, from September 2008 to January 2009.  We made the decision to end the strip in mid story because we were given the opportunity to create graphic novels for McFarland & Co. 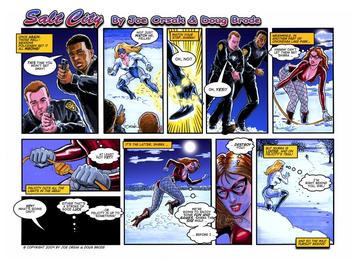 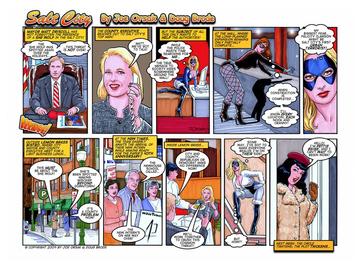 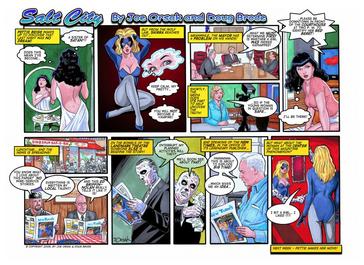 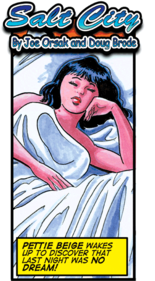 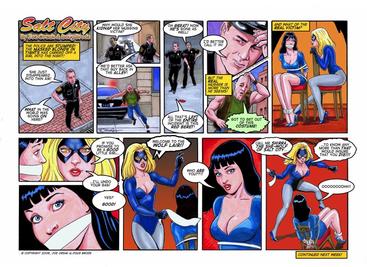 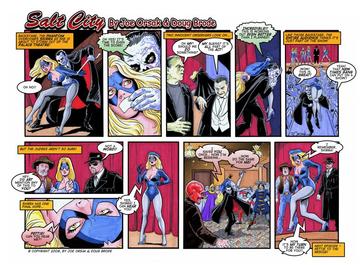 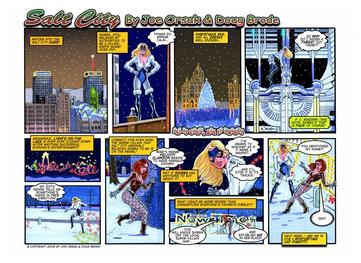 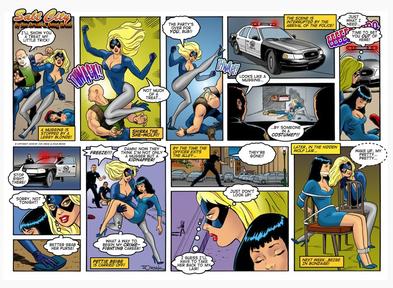 This ended the first story arc.  The Phantom of the Landmark, the villain in this sequence was originally in my earlier comic strip, the ADVENTURES OF CAPTAIN 'CUSE. 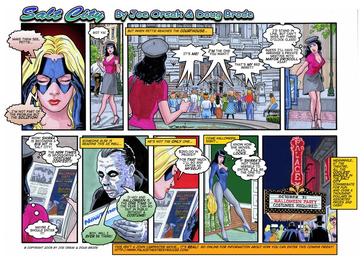